Logicpath, an AI-driven cash inventory management software company, was looking for their upcoming website redesign to check a lot of boxes. The outdated look needed an overhaul so they could put their digital best foot forward with a sleek, modern design to showcase that they’re a tech company who knows their stuff. Site updates weren’t easy for the backend users, so messaging updates were difficult and disjointed, creating a confusing path for visitors.

The team wasn’t looking for a “good enough for now” solution, but a site that could carry them for a few years and grow with them as they prepare to branch into new markets.

The marketing team wanted to find an agency partner who could strategize, design and develop in HubSpot CMS without using a marketplace theme, allowing them to push the envelope when it came to design and backend flexibility. Being constricted for so long with their previous website, the team was anticipating the opportunity to build webpages on their own without a developer.

During our kickoff strategy meeting, there were quite a few things to consider when determining the best user experience for visitors. Logicpath was recently acquired by the national armored carrier, Loomis, and wanted to leverage the value of that brand. The company was looking to branch into promising new markets and needed to think through how the site could expand to serve their needs. Finally, the disjointed user journey and vague messaging were less than optimal.

Our web strategist worked with them to create a sitemap that was succinct yet will give them the ability to expand as they add pages for new industries. During the wireframe process, we worked to create a clear user journey that would drive lead generation, something that was lacking on their previous site.

A killer design was a must. The goal was to create a balance between techy/trendy and clean/professional. They are a tech company that has a great working culture and they wanted the fun personality of their brand to shine through. Our design team put together concepts that were anything but boring, layering animated svg files, varying gradients and crisp pops of color. Through collaboration, we were able to narrow down the array of colors the team was using to add intrigue to their marketing collateral and solidify their brand. The end result was an on-point digital representation of the logicpath team—an industry-leading team of cool techies anyone would want to work with.

With a clear path and brand new look, our developers were able to custom code the website in a few weeks. The flexibility the team was missing for all those years was being created with future years in mind. How could they use certain elements in the future? What makes sense for now and for later? With these questions in mind, our developer team added options the team could use with a click of a button or a toggle of a switch – no developer needed moving forward and all the freedom. Paired with the extra attention to detail in labeling, file structure and label hierarchy the logicpath team can now build full beautiful web pages in a matter of minutes.

At 30 days post-launch, improvements were already apparent and users have been consistently engaging with the site:

Success is evident through these numbers and we couldn’t be happier for the logicpath team. Toward the end of the process, one of the team members mentioned how redesigning a website is a labor of love and we couldn’t agree more. Now they can confidently launch campaigns to drive more traffic to the site, knowing when prospects arrive they know exactly who logicpath is and how they can help.

Hear from our happy client... 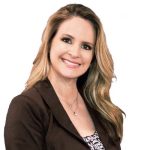 We launched our newly developed website with Kiwi Creative and we could not be more pleased with not only the outcome, but the process. I have to say over the last 21 years in marketing, I've been through a number of website build projects. This one went the smoothest by far, and we finished on time. The strategy, execution, design and project management were all excellent. I not only recommend the Kiwi team to others, but I will absolutely use them again in the future!
Michele, Vice President of Marketing
Logicpath
Check out more of our work

Check out more of our work

Want to see the amazing results we can produce for YOUR company?